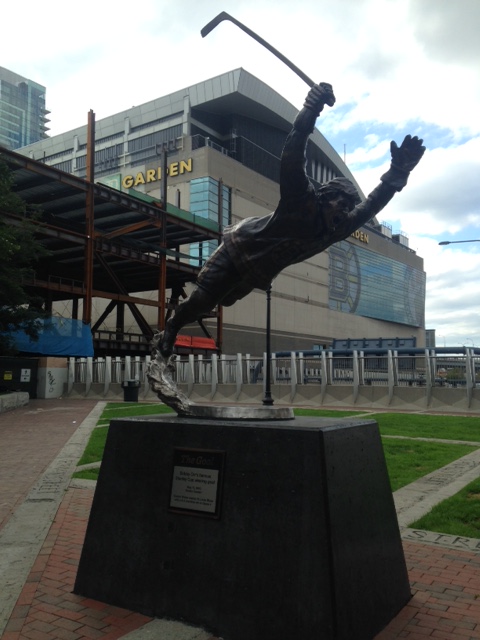 BOSTON – How about those kids?

Jake DeBrusk (1-1-2), Charlie McAvoy (1-1-2) and Anders Bjork (0-1-1) had some exciting and encouraging moments in Thursday’s 4-3 win by Boston over Nashville in the season opener on Thursday night.

They weren’t the only youngsters who played well. Matt Grzelcyk was good. And let’s not overlook steady Brandon Carlo, who is no longer a rookie but is most definitely  a kid, and dynamic David Pastrnak – starting his fourth season at age 21 – who scored the first goal of the night.

Boston has said it is committed to its young players. That will mean riding the rollercoaster as they figure some things out.

As good as Game 1 was, there are valleys ahead, without question. It’s part of the learning curve that kids have to experience.

The Bruins should be rewarded down the road.  Thursday was a tantalizing look into the future.  It could be a fun ride.

Thoughts on three of the young guys:

He can finish, as he demonstrated with a nifty goal early in the second period. He nearly had a second goal a couple of minutes after the first one. And he made a play or two, including an assist on McAvoy’s goal.

DeBrusk played with pace and had four shots on goal, tying Pastrnak for the most on the Bruins. I liked the play he made with about four minutes left, where he ate the puck along the boards rather than make a risky pass.

All in all, it was an impressive debut.

Nineteen-year-old defensemen are going to make mistakes. McAvoy took three minor penalties – two for holding and one for hooking. But his goal and assist made up for the time in the box.

He joined the rush to score his first NHL goal off a beautiful set up from David Krejci and Bjork.

I liked the subtle play he made in the defensive zone midway through the third period where he put a hip into Nashville’s Scott Hartnell, muscled him off the puck in the corner and calmly cleared the zone.

After the first period, an NHL scout told me he thought Bjork had been Boston’s best forward, and I agreed.

The speedy winger from Notre Dame didn’t have a shot on goal in the game, although he was ready to one-time the Krejci pass that McAvoy scored his goal on.

Despite the lack of shots, Bjork had the puck a lot and made some smart plays that showed off his offensive IQ. Leading up to DeBrusk’s goal, Bjork made a perfect touch pass to Krejci.

For sure, Bjork is going to be fun to watch.