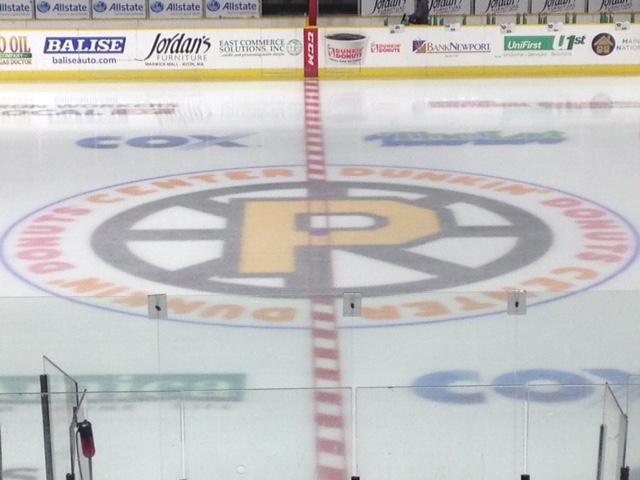 The first 3-in-3 weekend of the season for the Providence Bruins couldn’t have gone any better. They beat Springfield on the road, 5-2, then returned home to beat Belleville in a shootout, 3-2, and Laval, 4-1.

Coach Jay Leach’s take: “Our game Friday was just OK. We were fortunate on our special teams. (Saturday night) we had a really strong game from start to finish. We were down and we stuck with it and obviously we were rewarded in the end. (Sunday) I think it carried through – and they’ve got some talent on that (Laval) team.”

***The line of Danton Heinen, Jordan Szwarz and Austin Czarnik was on fire, accounting for eight of the P-Bruins’ 11 goals, including all five in Springfield.

*** Szwarz scored five goals and six points in three games, plus the shootout winner against Belleville. He had a total of 12 shots.

*** Czarnik put up two goals and six points, in addition to 13 shots.

*** Heinen scored a goal and seven points, with 8 shots.

*** The P-Bruins started three different goalies on the weekend – Jordan Binnington on Friday, Dan Vladar on Saturday and Zane McIntyre on Sunday. All three earned victories.

*** Vladar stopped a breakaway in overtime and stuffed all three Belleville attempts in the shootout.

*** Down by two goals, Providence scored twice in 3:59 with under eight minutes left on Saturday before winning in the shootout.

***Anton Blidh had a two-goal game on Sunday.

***Providence finished the weekend in a tie for first place in the AHL with a winning percentage of .833.

*** Peter Cehlarik was held out of Sunday’s game as a precaution with soreness from an undisclosed injury (not his shoulder). He is expected to practice with the team on Tuesday.

***The P-Bruins allowed a goal just 11 seconds into the second period on Saturday night.