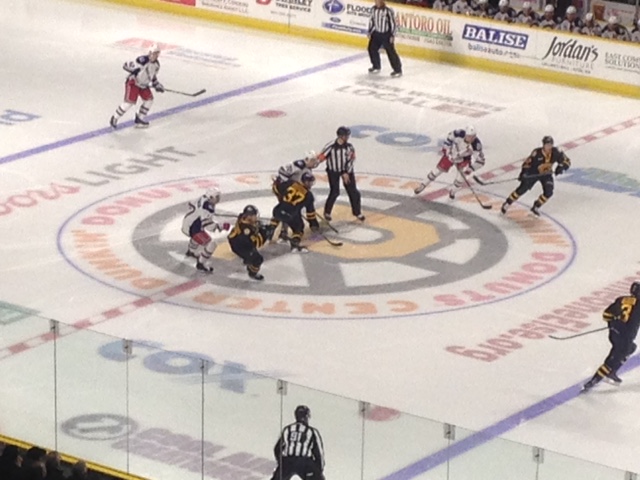 It was a solid weekend for the Providence Bruins as they won two out of three games. They beat Bridgeport, 5-3, at home on Friday, lost at Hartford, 2-1, on Saturday, then defeated the Wolf Pack at home on Sunday, 2-0.

“For the most part, we played pretty well,’’ coach Jay Leach said of Sunday’s victory. “Obviously, we had some new energy in the lineup, a couple of additions to the back end. And some of our kids – especially (Emil) Johansson and (Connor) Clifton – played a nice game for us.’’

*** Barring any last-minute deals at the NHL trade deadline on Monday, it looks like the P-Bruins’ roster will remain mostly intact, though they did lose Rob O’Gara.

*** Zane McIntyre leads all AHL goalies with six shutouts. He has five shutouts in his last 12 starts.

*** Peter Cehlarik broke a 17-game goal-less streak on Saturday night. He had four shots that night and six more on Sunday. “He had a good weekend. It’s a good step for him. He’s starting to hold on to pucks and he was really skating,’’ said Leach.

*** Johansson, a very underrated prospect, had a strong weekend. He jumped into the rush to score a nice goal on Friday. He made a good entry on Sunday that culminated in a goal by Colton Hargrove. And he assisted on Providence’s only goal on Saturday.

*** After scoring only 5 goals in 3 games during the previous weekend, the P-Bruins put up 5 on Friday.

*** In his best game with the P-Bruins, Matt Beleskey scored a goal and set up another on Friday.

*** Josh Hennessy’s goal on Friday was the 150th of his pro career.

*** Anton Blidh was plus-3 with an assist on Friday.

*** The Charlotte Checkers will be at the Dunkin’ Donuts Center on Friday, a welcome change from the usual parade of Bridgeport, Springfield and Hartford.

*** The power play went a combined 0 for 10 on Saturday and Sunday.

*** Jakob Forsbacka Karlsson had no shots on both Friday and Saturday.

*** The collision between JFK and Brendon Smith of Hartford on Sunday was scary.