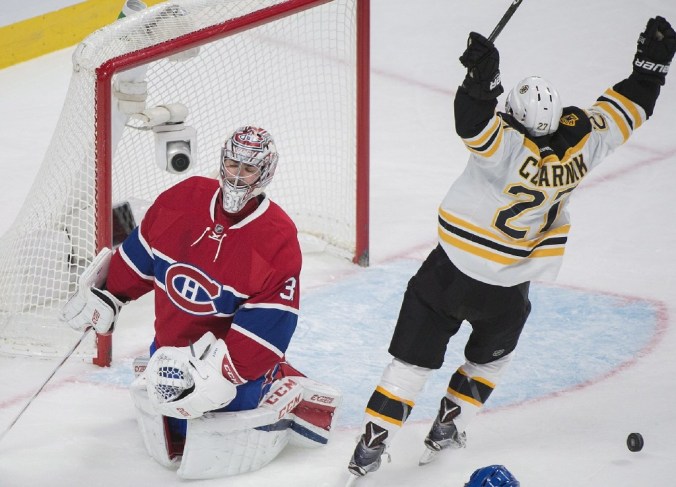 Six weeks from unrestricted free agency, Austin Czarnik is weighing whether to re-up with the Boston Bruins or test the open market.

“We have been having some discussions since the season ended with Boston about the possibility of a contract extension, but we’re also taking some time to evaluate where Austin wants to go with it,’’ said Brian Bartlett, Czarnik’s agent.

The 25-year-old Miami University grad, who played a total of 59 NHL games with the Bruins over the last two years, is coming off a standout season with the Providence Bruins. Playing right wing on Providence’s top line, Czarnik finished third in scoring in the American Hockey League with career bests in goals (25) and points (69).

Other NHL teams will be interested if he reaches free agency on July 1. If he decides to remain with Boston, he could have a good opportunity to land a full-time NHL job as the Bruins might have some departures in their bottom six.

“There are times in a players’ career when he can test the free-agent market. We’re contemplating internally a little bit whether that makes sense or signing back with a team that we give a lot of credit to for signing him as an undrafted guy out of college and giving him a good opportunity,’’ said Bartlett.

“He certainly is comfortable and has done a good job in the role that he’s had, both in Boston and in Providence. We’re evaluating internally and talking to the Bruins about what an extension potentially would look like.’’

“There’s that risk/reward line and trying to figure out, what do we think is going to be the best opportunity for Austin to be able to move his career forward? Playing in Boston would be a great opportunity for that.

“If there is a different or better opportunity elsewhere, we won’t know until July 1 or a week before July 1 to even talk to teams. Boston’s done a good job presenting their vision going forward. That’s part of the process we are going through,” he said.

It’s a win-win situation for Czarnik.

“The further you get along in the spring and summer, the more information that you have. From our point of view, we’re not feeling a whole lot of pressure to make a decision before there’s a need to,’’ said Bartlett.