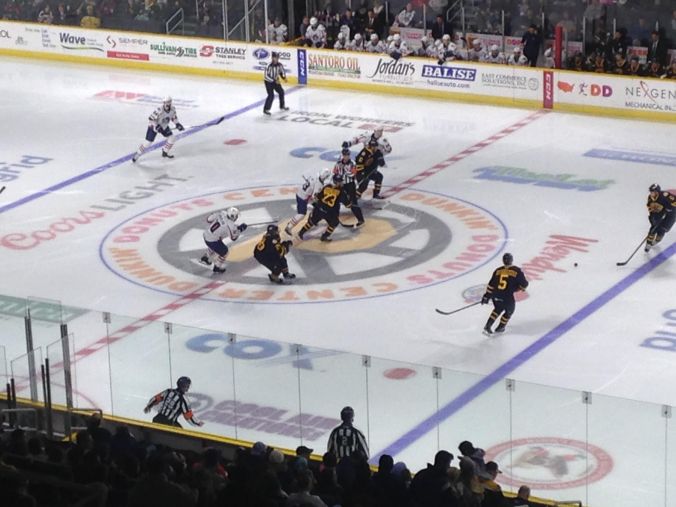 The Providence Bruins finished the first weekend of March on a high note with a 5-2 win over Springfield at home on Sunday. That gave the P-Bruins three out of six points for the weekend.

The P-Bruins started the weekend with a 2-1 loss in a shootout at home against Wilkes-Barre/Scranton on Friday, then lost at Springfield, 4-2, on Saturday.

Coach Jay Leach after Sunday’s win: “I really didn’t mind our team for the most part throughout the weekend. We’ve been struggling a little bit, obviously we’ve had some injuries that have put some strain on some of our guys. It was a huge win. Clearly we had some energy and desperation in our game today and it was nice to see a lot of response from a lot of guys.’’

*** Connor Clifton was a standout in Sunday’s win with 1-1-2 and eight shots.

*** Urho Vaakanainen had his best game in the last few weekends on Sunday. He finished with 2-1-3 and was on the ice for all five Providence goals.

*** Paul Carey had a strong weekend with 1-1-2 on Saturday and two goals on Sunday.

*** Included in Zane McIntyre’s 27 saves on Sunday were a handful of 10-bell stops that kept the P-Bruins in the lead. He had a terrific game on Friday, too, with 39 saves.

*** Anton Blidh was a standout on the penalty kill late in Sunday’s game. Chris Breen, Clifton, Jordan Szwarz and McIntyre did a great job killing a penalty in overtime on Friday night.

*** Providence finished the weekend in fourth place in the Atlantic Division, one point behind Hershey. They are five points up on Lehigh Valley and Wilkes-Barre/Scranton.

*** All three of Providence’s games next weekend are at home.

*** Department of Bad Officiating: Referee Troy Paterson fell for Tristan Jarry’s flop in the crease after Jordan Szwarz barely bumped him in the third period on Friday.  He called Szwarz for goaltender interference.

*** The P-Bruins were called for seven penalties on Sunday, compared to just one against Springfield.

*** Tanner Pond took an ill-advised roughing penalty that led to a Springfield power play goal in the first period on Sunday.

*** Zach Senyshyn is in an 11-game goal-less streak. Since scoring five goals in four games in December, he has three goals in his last 25 games.

One thought on “Good, bad & ugly from Providence Bruins weekend”