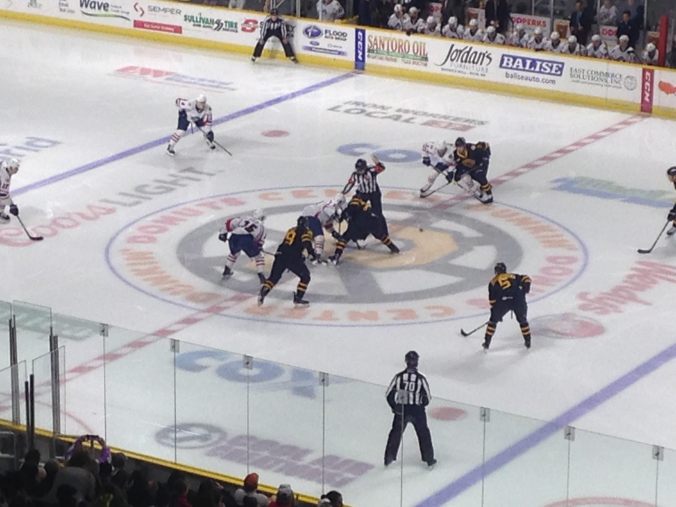 The Providence Bruins got the job done. They needed just one point to clinch a spot in the playoffs going into the last three-in-three weekend of the season. After losing to Lehigh Valley, 4-3, at home on Friday, the P-Bruins beat Springfield, 5-3, on the road on Saturday, ensuring that they’ll be in the playoffs for the seventh straight season. A meaningless home loss to Springfield, 6-1, on Sunday closed out the regular season schedule. They’ll open the playoffs at home against Charlotte on Saturday night.

*** Providence finished fourth in the Atlantic Division with a record of 38-27-8-3. They started slowly but turned it around while dealing with numerous injuries and callups. Full credit to players and coaches.

*** Paul Carey led the team in scoring with 27-33-60 in 59 games. He scored six goals in his last four games and 22 goals in 30 games after being acquired from Belleville in January.

*** After scoring once in 17 games, Trent Frederic broke out with a hat trick in the second period in Springfield.

*** Tanner Pond’s spin-around pass to Frederic for a goal on Saturday was a beauty.

*** Lee Stempniak had 1-1-2 on Saturday. Ryan Fitzgerald and Peter Cehlarik had two assists each.

*** Jordan Szwarz – who finished the season with a career-high 23 goals — and Gemel Smith had a goal and an assist each in Friday’s win.

*** The P-Bruins finished with the fourth-best penalty kill in the AHL at 85 percent.

*** Playing with a depleted lineup because of injuries and illness, the P-Bruins fell behind by four goals against Lehigh Valley.

*** The P-Bruins were whistled for two too-many-men penalties on Saturday night in Springfield.

*** Providence gave up four power-play goals in 13 chances on the weekend.

*** While the P-Bruins were shorthanded seven times on Saturday, they had only three power plays.