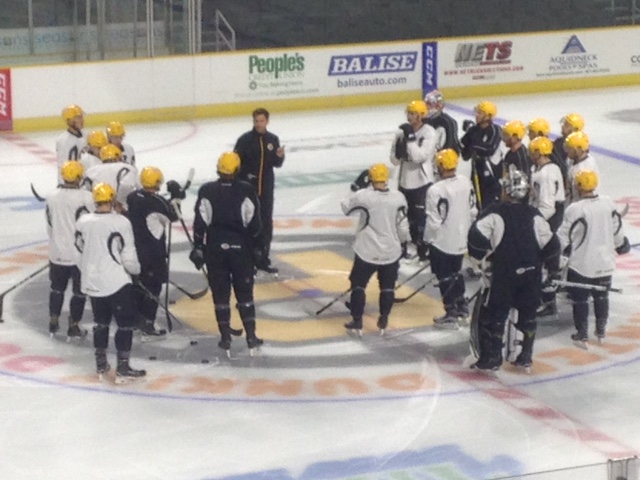 At the Dunkin’ Donuts Center this morning, coach Jay Leach talks to the players who will make the trip to Springfield for Friday night’s preseason opener.

PROVIDENCE — Mac Carruth will start in net for the Providence Bruins when they hit the road to play the first of two preseason games against the Springfield Thunderbirds tonight at the MassMutual Center.

Two groups of players skated at the Dunkin’ Donuts Center this morning. The first group will play tonight. Most but not all the players in the second group will be in the lineup on Saturday night when the P-Bruins and T-Birds play again at The Dunk.

Boston is expected to take a handful of Providence players to Chicago for their final game of the NHL preseason on Saturday night.

Zane McIntyre will start in goal for Providence on Saturday night.

Some cuts are expected to be made on Sunday.