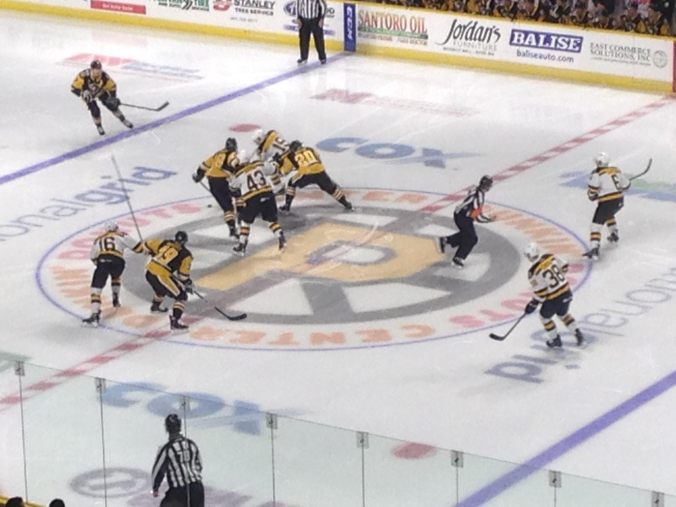 Taking five out of six points over the weekend, the Providence Bruins are starting to generate some traction. Since a 6-3 loss in Springfield on Oct. 14, they’ve put together a solid 4-3-2 stretch. Two of the three regulation-time losses in that span were by one goal and the third was by two, including an empty-netter.

*** Colby Cave continues to be Providence’s best player. He was the No. 1 star in Sunday’s win with assists on the P-Bruins first two goals, a bunch of important faceoff wins and a fight. With 5-10-15 in 13 games, he is up to 13th in the AHL in scoring.

*** Anton Blidh, Cave’s linemate, also had a strong weekend, with a nice goal on Saturday and an assist on Sunday. Coach Jay Leach calls Cave and Blidh “the heartbeat of the team.’’

*** Don’t know how much longer Jan Kovar will be around, but he has been a major contributor and an entertaining player to watch in his 8 games with Providence. Skating is a question mark, but he competes and his stick and offensive instincts are superb.

*** Ryan Donato looks more comfortable with each game. He scored once on Saturday and twice on Sunday. “He did a lot of the little things,’’ Leach said after Sunday’s game.

*** Dan Vladar played very well in Friday’s OT win, making 27 saves. He left some rebounds, but battled hard to stop the second and third shots that he faced.

*** Zach Senyshyn had a three-point weekend with an assist on Saturday and 1-1-2 on Sunday.

*** Martin Bakos had goals on Friday and Sunday.

*** Sunday afternoon’s game drew 8,677 despite going up against the New England Patriots on TV. The P-Bruins are currently fourth in the league at 7,737. Only San Diego, Hershey and Ontario are ahead of Providence in average attendance.

*** Trent Frederic left Saturday’s game and sat out on Sunday after a hit by Steve Bernier of Bridgeport. Bernier, who was given five minutes for charging and a game misconduct, was suspended for two games by the AHL on Monday.

*** Cameron Hughes might have a root canal or some missing front teeth in his immediate future after Bridgeport’s Kyle Burroughs chopped him in the mouth with his stick on Saturday. The AHL on Monday suspended Burroughs for one game.

*** The game in Bridgeport had a bizarre ending and referee Liam Sewall was front and center. It looked like Zane McIntyre might have covered the puck up in the crease, but eventually it was pushed over the line. By the time it went in, Sewall had draped himself over the back of the net, skates four feet off the ice, signaling goal. Leach tried and failed to get an explanation as to exactly what happened in the goalmouth.

*** McIntyre was called for holding on Sunday afternoon. Watched plenty of games in my time, but I can’t remembering seeing that call on a goalie.